If the governor calls you at home on a Saturday night, you should probably pick up the phone.

Rhode Island civil engineering leader and longtime ASCE member Steven King did just that. In fact, you could say he answered the call both literally and figuratively.

King – assisted by his colleague and former ASCE Rhode Island Section president, Bill Young – led a drive this spring and summer to secure millions of dollars’ worth of personal protective equipment for the people of Rhode Island, vital to quelling the spread of COVID-19.

“This has been a nationwide problem, so the governor was looking for some help. She called me on a Saturday night, I think it was March 21st, and asked me if I could take charge of an effort to respond to a lot of offers that were being made by different parties to sell equipment to the state and try to evaluate what equipment was valid,” King said. “So, we had to quickly ramp up a team of folks.” 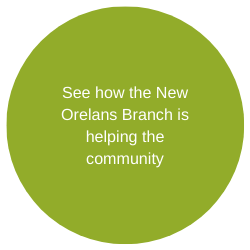 King, P.E., M.ASCE, led a diverse group – employees of his at the Quonset Development Corporation, along with people from the state’s Emergency Management Agency, the Department of Health and the governor’s office.

It was not an easy task.

“When we first got involved, we started calling the normal medical supply vendors – they had nothing to offer anyone,” King said. “The state of Rhode Island had consumed its strategic stockpile, and the window looking forward was bleak. Where do we find this stuff?”

Like many states in similar positions, King’s team turned to China. But this brought a new set of challenges – specifically, building relationships remotely from the other side of the world, negotiating deals that protected the money of the state’s taxpayers and working to ensure that the potential equipment met specifications.

King’s military background (he’s a Gulf War Desert Storm veteran) was invaluable, as was the engineering experience both he and Young shared.

“I can’t tell you how many times Steven and I got together and talked about ‘Q=VA.’ So simple. Something every civil engineer knows,” said Young, P.E., M.ASCE. “But if you apply that to these masks, and you think about the science, your evaluation of how they’re going to perform, it becomes very clear. So, you don’t think civil engineers are prepared to take on the evaluation of medical devices, but you’d be surprised. We actually are.”

“In addition to doing our regular job, we’ve been doing double duty,” King said. “So, where many folks have been working remotely, it seems we’ve taken on the task of working 70, 80 hours a week to do two jobs.

“But we’re happy to serve our state and serve our governor and keep our people safe. And this effort has been very satisfying, to know we’re doing good for society. You know, there were some dark times where we didn’t have any surgical gowns, for example, to provide to the nursing homes. I actually created a procedure to cut some coveralls into a front-facing gown and provided instructions to the nursing home employees on how to do that.

“It has, from an emotional standpoint, been a little crazy, but we’re used to that. We put our head down and grind out the work.”

“If you’re a civil engineer, you’re a public servant by design. The number one fundamental canon of ASCE is to protect the health, safety and welfare of the public. So it goes with the territory,” Young said.

“We were called for a public health crisis. And we served the public. That’s what we do.”

Amid turbulent times, what is the social glue that still binds us?

Empathy is the ability to connect emotionally with others showing you understand their feelings, concerns, and the problems they are facing. In effect it is social glue.
Read more
Business

The forecast projects that the pandemic-related recession should be short-lived, but future construction spending will remain stagnant if there is no vaccine or infrastructure stimulus package.
Read more
Business

Most notably, the survey shows a lack of expansive layoffs in the architecture, engineering, and construction industry.
Read more
Innovation

Detecting evidence of COVID-19 in wastewater

Evidence of COVID-19 can be detected early in the wastewater stream.
Read more
©2020, Civil Engineering Source