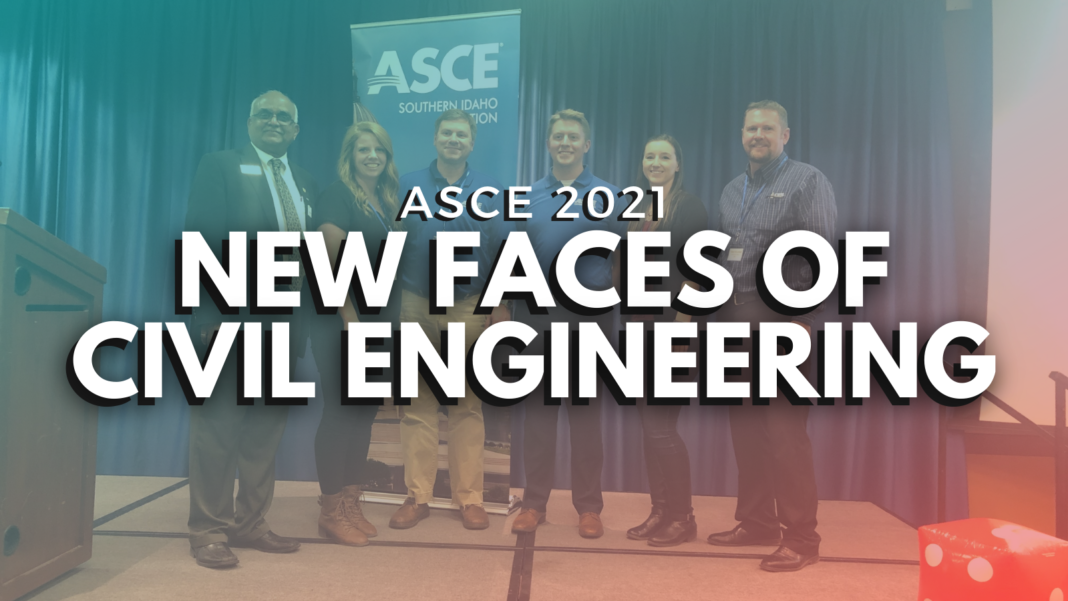 There’s an old civil engineering joke that goes something like this:

An engineer in a circle of friends will stare at their feet.

An extroverted engineer will be the one staring at the other person’s feet.

Well, with Lauren Nuxoll, engineer at Kittelson and Associates in Boise, Idaho, perhaps you can extend the punchline. Nuxoll is the engineer in the circle of friends who will be staring at the other person’s feet for a second and then quickly look up to suggest that everyone get together for coffee, plan a happy hour event, and maybe join a softball league.

That’s just how extroverted she is.

“Whenever I tell someone I’m an engineer, everyone’s reaction is like, ‘Wait, what?’” Nuxoll said, laughing. “I am social, I participate in sports, and I am involved in a lot of different activities, so I guess I don’t necessarily come across as the typical introverted engineer.”

Nuxoll’s effusive personality and skills as a team-builder have made her a remarkable leader early in her career, both as a transportation engineer and in her volunteer work. Nuxoll played a prominent role in restarting the ASCE student chapter at Boise State University and creating a younger member forum in Boise. She now serves as president of the Southern Idaho Section.

ASCE has honored her as a 2021 New Face of Civil Engineering.

Civil Engineering Source: How did growing up in a small town (Lewiston, Idaho) shape your personality and career?

Lauren Nuxoll: I’m a country girl who ended up with a city job.

We didn’t have freeways or interstates. There’s one four-lane road that runs through the town. I didn’t drive on an interstate until I was a junior in college, and I thought it was awesome.

So moving down here to Boise and being around different types of transportation, it was a new thing. Being in a bigger city – and I know Boise’s not huge compared to a lot of places, but it sets an open stage for opportunities for me to be able to grow or experiment.

Source: You’ve really grown a lot of the ASCE groups you’ve been a part of. Why is that something you’ve worked so hard at?

Nuxoll: I’ve known that I wanted to do civil engineering, and specifically transportation, since I was a kid. I went straight into Boise State knowing what I wanted to major in, and I picked up that form that says, “This is how you graduate to be a civil engineer,” and just followed it class by class.

But by my sophomore year, I was thinking, “I don’t actually know what this involves as a job. All I know is I need to take this class next semester.” And my friend told me about ASCE, that Boise State used to have a chapter but didn’t anymore. So I said, “You know what, great, let’s try it.” I’m always willing to jump into something new.

We restarted the student chapter. We went around class-to-class recruiting. And I just found this connection to civil engineering and what it was supposed to be about. I was able to apply what I was learning in the classes – not just the formulas, but the why. It was just so exciting to be a civil engineer after being a part of that student chapter.

So I graduated, and I was like, “All right, what’s next in ASCE?” And there was no YMF. Again, another friend I’d met through ASCE said, “OK, let’s start a YMF then.”

We had our first meeting at a brewery. We voted on a board. And we were able to start drawing from the student chapters in the area, working on that transition that’s so important, from that excitement of being in a student chapter and working on concrete canoe to now working in the professional world but still being a younger engineer.

Once I went through the ranks of the YMF board, I guess you could say I was addicted to ASCE. I went straight into the Southern Idaho Section board for the past four years. I just find ASCE – the connections you make, the friends you make, the professionalism you learn – it’s exciting, and ASCE’s been one of the driving forces of my passion in civil engineering.

Source: You said you’ve wanted to be a traffic engineer since you were a little kid. What project are you most proud of in your career?

Nuxoll: Probably the Meridian Costco [just outside Boise]. It was the beginning of my career; I remember we got the call. It was a huge learning curve for me. It started out with just a plan, and it turned into a transportation impact study.

That was my first experience really talking to the public and trying to help them understand what we were seeing, but at the same time, understanding what they were seeing and knowing that we’re not in their position; we’re not the neighbors of this development; we don’t go on that road every single day.

I got to work on all the signal designs for the project. It finished construction here in October and opened. It was very cool to drive by that section of roadway. I could see what my plans had said, see where I’d called out things and suggested certain turn lanes, and see it all happening. I could see people getting through easier, and it felt safer than when I’d been out there before. I could see hundreds of shoppers at Costco.

It was just a cool experience. Everybody’s excited about it, and it’s something where I was able to improve the area for people, and I learned a lot in the process.

Source: Where are you hoping to go from here?

Nuxoll: One thing that I am very passionate about is mentoring. That’s where I hope to see my career go toward. Not necessarily making the biggest project. I want to be successful in that, but I want to take the success that I know I will have and pass that along.

In my company, I do a lot of mentoring for interns and new hires. I like taking the extra time to sit down and not just explain that you push this button and this button. It’s why you do this. Getting them to completely understand concepts and seeing them think through that is so rewarding.

I’m the practitioner adviser for the BSU student chapter. I go there quite a bit to encourage others to get involved in ASCE because I saw what it did for me, and I hope it will do the same for others.

Source: So, if there were a movie about your life, who would play you and what would that movie be called?

Nuxoll: I would want someone new and upcoming, someone not known yet, someone who could make their break playing me, I think that would be kind of cool to set up someone’s career.

Though Engineers Week 2021 celebrations looked a little different due to COVID-19 restrictions, ASCE members were still able to share their passion for the profession with the next generation of STEM enthusiasts.
Read more
Projects

The art center will be located within a lake with a tunneled road extending underneath it. A four-pronged latticed canopy will visually unify the art center’s distinct venues.
Read more
Society News