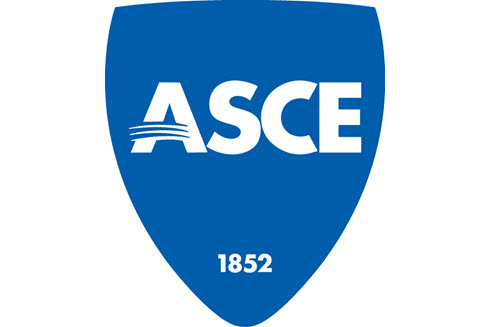 The ASCE Board of Direction convened its first quarterly meeting of the year, Jan. 11, in Las Vegas, with a renewed emphasis on communication and collaboration that will inform future decisions.

“We took the opportunity to bring in different groups, different stakeholders to have some different conversations,” said 2018 ASCE President Kristina Swallow. “I think doing that gave the Board a good opportunity to engage, ask questions, learn, and have a healthy conversation about the future.”

The Board heard presentations from ASCE Institute leaders, as well as a panel of prominent Younger Members, as part of an effort to better connect different constituents within the organization.

“I think the biggest advantage of a meeting of this kind is the Board gets to know the Institutes a little bit better,” said Structural Engineering Institute President Cheng Lok Caleb Hing. “Sure, you receive a report on an annual basis about what we do, but you don’t necessarily get into the nitty gritty – exactly why we do it, how we do it, those kinds of things. So, I think this is a very good platform for them to actually learn about institutes and a good platform for us to voice concerns.”

A Younger Member panel of Kelly Doyle, Jose Aguilar, Jaffer Almosawy, and Julian Grijalva delivered a summary of various Younger Member Group programs and trends, while also providing the Board with a view of the Society from a YM perspective.

“I think they were very receptive to what we had to say,” Doyle said.

Almosawy added, “I think this opened up the door for communication, and they have heard our voice.”

ASCE celebrated history last fall when Robin Kemper (president-elect) joined Swallow (president) and Norma Jean Mattei (past president) as the Society’s first all-female triumvirate of presidential officers. The Las Vegas Board meeting marked the first time the three sat at the head of the table, running the meeting.

Carol Haddock updated her fellow Board members on the Board Strategic Advisory Council’s progress.

The Board approved six new goals at its meeting last October in New Orleans. The Advisory Council will be collecting feedback on the best strategies to achieve those goals from the January Technical Region Board of Governors meeting, as well as from attendees of the three Multi-Region Leadership Conferences this winter.

The Council will then summarize the results and present recommendations at the Board meeting in March.

The Board voted to authorize the Industry Leaders Council to further pursue a new program called Future World Vision. The ILC will continue to research the concept in preparation for a final proposal at the March Board meeting that would include possible funding options.

ILC member Jerry Buckwalter gave the Board a presentation about the program – a variation of which he has used in his work in the defense industry. The gist is that instead of basing strategic planning on a “current state to future state” approach, your group starts with an array of future possibilities and works its way back from there, and then visualizes what the civil engineers’ role will be in that future reality.

His presentation generated an excited conversation among the Board, embracing a chance to think big about civil engineering’s future.

It was a theme for the entire meeting.

“I think one of our challenges of being such a huge organization is that there is never enough time to have all of the conversations. But I’m looking forward to having more of these ‘different’ conversations at the next three Board meetings, trying to figure out who we can bring in to represent a diversity of thought that makes sure we are thinking and acting strategically.”

Voting in ASCE election opens May 1

Kacy Grundhauser, A.M.ASCE, talks with Civil Engineering about how she turned a college internship into a full-time job where she can focus on her dual interests in water resources and transportation.
©2021, Civil Engineering Source