StartUp – Navigating Your Small Business Through a Pandemic 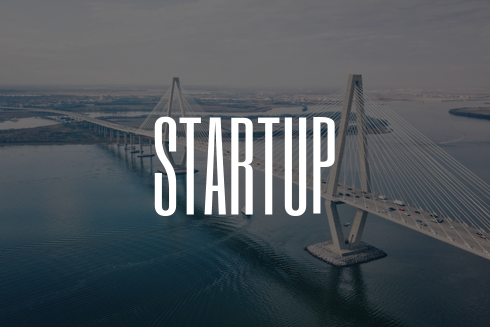 Mike Howell, on the other hand, turned that dream into reality. After nearly 15 years of work for structural engineering companies in the eastern United States, Howell struck out on his own in the summer of 2019, opening Arrow Engineering in Morgantown, West Virginia.

Throughout a series of articles for ASCE News, Howell will give his fellow civil engineers a firsthand look at what it takes to start your own business and how to make it work. 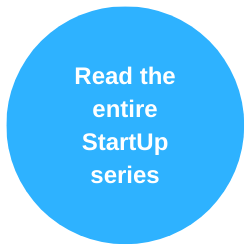 It happened to Mike Howell one day in mid-March, the moment all entrepreneurs fear.

“I realized I had no work,” Howell said. “I had nothing to do.

“It was 2:30. I looked at my schedule, and I had a couple of projects, but they were on hold or waiting for responses back. And I just stared at my computer and thought, ‘Shoot, what do I do now?’”

The COVID-19 pandemic has had civil engineers all over the world asking themselves some form of the same question.

“I was kind of in a fog,” Howell said. “I was staring aimlessly at the TV, and I thought to myself, ‘What’s really different about this?’

“I remember the day I left my previous job and I thought, ‘Wow, OK, I’m really doing this. I’m on my own.’ It was the exact same feeling that I had sitting there on the couch at the start of this pandemic.

“All I can do is keep working. It’s the same mantra as August.

“So, it was sort of refreshing when I reminded myself of that. I can still take control over some parts of this.”

It’s certainly not the way Howell envisioned his first year in business would go, but he’s persevered – global pandemic and all – to keep his structural engineering firm, Arrow Engineering, going and growing.

“I don’t think we’re totally out of the woods yet, but I’ve stayed fairly busy,” Howell said. “After that day, within a week or so, things started picking back up. There’s been a lot of smaller projects – a lot of studies, a lot of preplanning-type things.”

The keys to sustaining through COVID-19

Howell said there are two things he can point to as having sustained his business through the pandemic.

Howell has not focused his business on one kind of structural engineering work. So, for instance, when commercial projects went dormant this spring, he was able to pivot to residential work.

“I don’t know if people were just sitting around their houses and thinking about new projects or whatever, but a lot of the residential stuff picked up,” Howell said.

“And I think that’s a great lesson. Be cautious about becoming too specialized, where you’re relying on one type of project or one client base.”

Ten months in, Arrow Engineering remains a company of one, working out of Howell’s home office.

“I was joking with a friend the other day, I told him, ‘I was remote-working before it was even cool, you know?’” Howell said, laughing.

“But I think, man, what a tremendous advantage that has given me, because I know some other companies, for them to make the transition to work from home was catastrophic.”

Remarkably, Howell was on the brink of growing his way out of such nimbleness this past winter.

“What if I had expanded in January when I thought things were going that way?” Howell said. “I actually had a lease ready to be signed. I basically was going to take all the cash I had made and put it into an office and hire somebody. If I had done that, I’d be singing a different tune right now, I think.”

As it is, Howell still hopes to expand his company – just within the scope of the new lessons taught by this COVID-19 experience.

“I look at the future and think, ‘If this ever happens again, would I want to be a 50- person company with massive amounts of overhead?’ and the answer is ‘No.’”

Howell’s revenues in April and May were strong. The full test, of course, for Arrow and every other company will come in the third quarter and beyond, as everyone adjusts to the new work landscape.

Howell, for his part, has put that empty-calendar day in March behind him and taken comfort in the autonomy that comes with the startup lifestyle.

“I think part of the fear that a lot of people have had is sitting at home, you just don’t know when that phone call is going to come that says you don’t have a job to come back to,” Howell said. “I mean I can’t even begin to understand how scary that would have felt.

“I sort of have my own control over my own projects. It’s felt a little bit more self-sufficient, I guess, which I think has helped.

“Just one of those things where you count the blessings you have.”

A new paper in the "Natural Hazards Review" offers a preliminary look at state-level and locality-level wireless emergency alert systems.

Advice for a construction industry coping with the pandemic

A new paper in the "Journal of Management in Engineering" provides some guidance to construction firms coping with pandemic challenges.

As the pandemic wanes, the architecture, engineering, and construction market will embark on a K-shaped recovery.
©2021, Civil Engineering Source