Connecting the DOTs: Inside the need for immediate state revenue relief 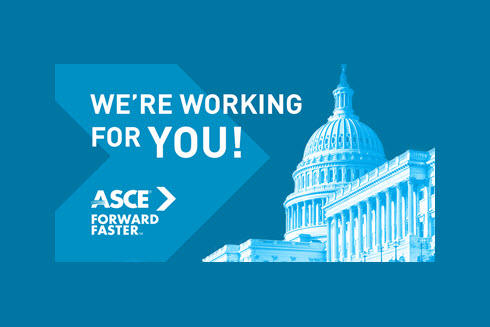 The scenes this spring along highways cutting through Seattle were something out of a “Twilight Zone” episode.

Morning commute, midday, 5 p.m. rush hour – it didn’t matter. There were barely any cars on the roads.

“Eerie,” is how one King County Department of Transportation engineer described it at the time.

The COVID-19 pandemic kept people at home and cars off the road not just in Seattle but all over the country.

“If you don’t like sitting in traffic, that’s great news,” said Roger Millar, P.E., F.ASCE, secretary of transportation for the state of Washington and a director on ASCE’s Board of Direction.

As a result, ASCE has made emergency revenue relief for state DOTs a top priority in its infrastructure push this summer, joining the American Association of State Highway and Transportation Officials in calling for Congress to provide support in the form of $50 billion in emergency relief.

ASCE is also encouraging its members to voice their support for Congress to make infrastructure investment a centerpiece of economic recovery legislation.

“We really don’t have any options, frankly, to deal with this in Iowa,” said Stuart Anderson, P.E., director of the planning, programming and modal division for Iowa DOT.

“So we’re really dependent on some congressional relief to cover this loss of revenue, or we just have to reduce our program.”

The effects of COVID-19 on DOT budgets have been both immediate and potentially long-lasting.

Gas tax revenue declines are compounded by a reduction in public transit usage.

In Iowa, the state relies in part on a sales tax from vehicle purchases to fund its transportation projects, and as you might expect, there have been far fewer sales during the pandemic. At the same time, more buyers are shifting from new to used vehicles.  Those of course tend to be less expensive, which means less tax and less money derived from the accompanying vehicle registration fees, another key revenue generator for the state.

The cascading effects are astonishing when you really start to dig into the budget implications.

“I think the worst-case scenario is no congressional backfill of funding and a longer-term recovery from this,” Anderson said. “If there’s a prolonged downturn in revenue, it certainly means there will be fewer projects to develop and construct.”

It’s a similar story for states across the country.

• Minnesota: estimating a $440 million loss over the next two years.

• North Carolina: estimating at least a $200 million loss for the remainder of the fiscal year.

“We need to see where the pandemic takes us, whether we have a vaccine or an effective testing program or not,” Millar said. “We have to improve the public’s confidence, so that the public is more comfortable interacting with one another and then the economy can come back. The sooner the economy comes back, the sooner our revenue situation is in a better place. That’s the bottom line.”

State DOTs have made immediate moves to counter the pandemic revenue shortfalls.

In Washington state, that means instituting temporary freezes on hiring, travel, consulting contracts and equipment purchases. Construction contracts, for the most part, have continued, until decisions about how to address the budget shortfall are made by the Legislature and Gov. Jay Inslee.

Iowa delayed some of its construction lettings – including those for some major projects – until later in its fiscal year to buy some time, Anderson said.

Where things get especially complicated is next fiscal year’s budget. So much of the COVID-19 pandemic remains a projection.

“As we are talking about economic recovery plan, we’re looking at a lot of different performance measures and trying to relate them to past events – the 2008 recession, 9/11,” Anderson said. “There were certainly long-term impacts as we came out of those events. But I guess the difference there was they were less pronounced, so we could really deal with that in a planned and well-thought-out manner.

“The challenge here is this has just happened so quickly and dramatically, and so it requires some pretty quick action. And the recovery is a big unknown for all of us.”

If there is no revenue relief bill from Congress, Millar projects budget cuts for his state’s ferry schedules, highway maintenance and any capital projects increasing capacity.  This would result in significant job loss both in the state DOT workforce and the private sector with which the DOT contracts.

“The discussion that’s dominating right now is, ‘Is this a V-shaped recovery? Or is it U-shaped? Or L-shaped?’” Anderson said. “We’re hoping it’s more like a V, and we get back to normal next spring and traffic bounces back. But unfortunately, it’s all a fair bit of an unknown right now.”

Moving toward a new way of life

Remarkably, through this COVID-19 public health and economic crisis, there are potential silver linings for state DOTs.

Millar marvels at the opportunities afforded by the recent large-scale move to remote work models.

“The first week of ‘Stay home, stay healthy,’ 95 percent of the people at WSDOT who worked in an office were working at home,” Millar said. “About two thirds of them want, when all of this is over, to keep working at home, at least some of the time. A lot of people feel they’re more productive and have a better overall life experience when they’re not commuting.”

A new remote-work reality would necessitate new revenue streams for DOTs, while also opening up a variety of potential cost savings.

Millar cited a transit station in Auburn, Washington, where 120,000 people live or work within a 15-minute bike ride.

“If we could make improvements to the active transportation infrastructure that attracted just 1 percent of the people who live and work there, it’s 1,200 transit trips a day,” Millar said. “The highways in Washington state in the urban areas are just jammed. If we could open up that peak hour, we could get a decade or two of economic growth without having to add capacity to the system, and that’s huge.

“Those are the kinds of things we need to be thinking about.”

The key, of course, is funding. Millar was careful to distinguish between revenue relief and a legislative stimulus package.

“There’s an interest in reauthorization of the FAST Act, which could turn into a stimulus package to help jump-start the economy coming out of the pandemic,” Millar said. “We’ve asked for revenue relief, and we need it, backfilling the revenue for the things that we were already planning to do.

“Stimulus could be money to do new stuff and create new jobs, and that could be important too. But if we don’t have the money to keep the team together in the form of revenue relief short term, then if Congress comes out with stimulus money in six months to a year, I may not have the people to deliver it. That’s the concern.”

Add your voice to ASCE’s push for Congress to make infrastructure investment a centerpiece of economic recovery legislation.

Society celebrates signs of progress at July Board meeting

Nearly 18 months since the COVID-19 pandemic upended the world, the ASCE Board of Direction noted several positive trends regarding the strength of the Society during its quarterly meeting, July 16-17.

The Federal Aviation Administration will distribute $8 billion as part of the American Rescue Plan Act of 2021.

The recent reconsideration of a major interstate expansion project in Texas has reignited conversation around the ways civil rights and community needs intersect with infrastructure.
©2021, Civil Engineering Source