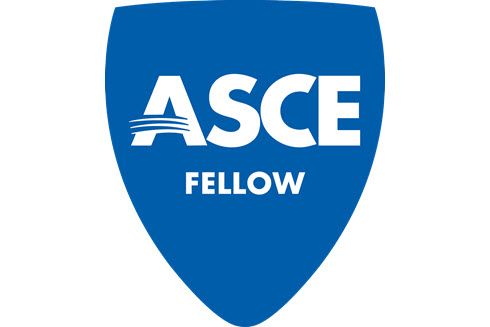 Russell A. Green, Ph.D., P.E., F.ASCE, a professor of civil engineering at Virginia Tech, in Blacksburg, Virginia, has been named a Fellow by the ASCE Board of Direction.

Green’s appointment at VT is in the Geotechnical Engineering Program area. He was previously on the faculty at the University of Michigan and held visiting professorships at Chuo University, Tokyo, and the University of Canterbury (Christchurch) and the University of Auckland (Auckland), both in New Zealand. Prior to entering academia, Green served on the Technical Staff of the U.S. Defense Nuclear Facilities Safety Board, performing seismic safety evaluations of the nation’s nuclear weapons complex.

He is the recipient of the 2016 ASCE Norman Medal, and several other awards for research and teaching. He is also a veteran of the United States Marine Corps.

Green received his bachelor’s degree in civil engineering from Rensselaer Polytechnic Institute in 1992, his master’s degree from the University of Illinois at Urbana–Champaign in 1994, and his Ph.D. in 2001 from Virginia Tech. He is a registered professional engineer in Virginia.

Peter C. Ten Kate, P.E., F.ASCE, vice president of Municipal Engineering Services for Boswell Engineering, has been named a Fellow by the ASCE Board of Direction.
Read more
Society News

Joe Grubbs, P.E., F.ASCE, senior professional associate at HDR and a civil engineer with over 30 years’ experience in airfield design, construction, and construction management, has been named a Fellow by the ASCE Board of Direction.
Read more
Society News

Dan D. Koo, Ph.D., P.E., F.ASCE, associate professor, interim director of Construction Management, and founding director of the Smart Infrastructure Laboratory in the Purdue School of Engineering Technology at Indiana University–Purdue University, Indianapolis (IUPUI), has been named a Fellow by the ASCE Board of Direction.
Read more
©2021, Civil Engineering Source